Danbury tutors sue city to be eligible for pensions

DANBURY — The school district’s tutors have filed a lawsuit in an effort to be eligible for the city’s pension plan, arguing the benefit is deserved and could help retain staff.

“We are asking to be treated fairly, just like any other city employee,” said Barbara Sabo, who has been a special education tutor for 18 years. “We just want the city to do the right thing and fulfill its obligations.”

CSEA/SEIU Local 2001, the union that represents the tutors, announced the suit Monday afternoon. If successful, current and former tutors would earn a pension. 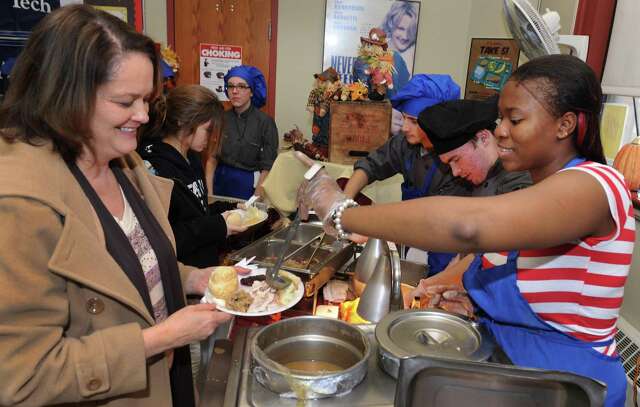 “We’re seeking to have them recognized as members of the city’s pension plan and to be treated with dignity and respect and to get some modicum of economic justice,” attorney Henry Murray said during a virtual press conference.

The union is seeking a “declaratory judgment” from the courts to make the tutors eligible for pensions, just like the paraeducators. Tutors and paraeducators are under the same contract.

The city received a copy of the complaint a couple days ago and is still reviewing it, said Laszlo Pinter, deputy corporation counsel for Danbury.

“We have to review the lawsuit and just make sure we understand their assurance,” he said.

In a collective bargaining agreement from 2000, the union and school board agreed the tutors would be part of the pension plan, Murray said. But Danbury has since argued the school board did not have the authority to add the tutors, he said.

The tutors have never negotiated directly with the city for a pension, Pinter said.

“They would have to negotiate with the city,” he said. “And since they haven’t, there isn’t any way they can be in the pension plan.”

The school district declined to comment and was not named in the suit, said Kimberly Mango Thompson, legal counsel to the school board and human resources director.

The paraeducators and city agreed last year that the former would contribute to their pension plans, making them the last school and city union employees to do so.

“Their parents, guardians and teachers depend on us to implement the children’s educational plans and to keep them safe,” she said. “Not only are SPED tutors critical for the students’ progress and academic success, the employment of tutors saves the school budget thousands of dollars each year.”

Sabo estimates there are 290 tutors in Danbury, although only 14 of them have worked for the district for 20 years. A pension could make these staff members stay longer, tutors argued.

“The city should be doing anything they can to retain experienced staff, especially now with COVID disrupting our schools and students,” said Victoria Kenyon, a tutor.

A.J. Ceylan, a former student with cerebral palsy, described how his tutors helped him graduate with honors from Danbury High School in 2019 and study at University of Connecticut.

“I wouldn’t be here without my tutors,” he said.

His tutor in eighth grade through graduation purchased school supplies for him and taught him how to advocate for himself, Ceylan said One tutor in elementary school, who helped him open milk and water bottles, bought him and his parents a T-shirt on her family trip to Disney.

“That is not someone who goes to work to collect a paycheck,” Ceylan said. “That is someone who loves her job.”

There are no upcoming events at this time.